Andrew Leonard’s thought-provoking voice often alerts us to the dark sides of digital technology. But sometimes he sees a glass half empty when I see it half full. In his recent, sardonic piece entitled “Class Stratification: There’s an App for That,” he pointed to how mobile apps that allow people to order house cleaning without ever interacting with the house cleaners foster economic polarization.

It got me thinking. Are such apps really a threat?

Increased connectivity helps both labor and those who consume it. I share Leonard’s abhorrence of labor platforms that make people invisible to each other. They are bad for civil society and they are bad for workers. But, ultimately, they are not a threat because they don’t create enough value for consumers. These apps create a “race to the bottom” for pricing and focus on technology above the humans they serve. Consequently, they will fail to capture a large part of the labor market.

Making workers invisible can wreak havoc on the dignity of work

Digital connectivity fosters positive commerce between distant geographies. Work that may be too basic to provide a leg up in one community can present meaningful opportunities for others across the globe. And this can bring us all closer together. Have any two countries that have a McDonalds ever gone to war? If Kant-inspired political theorists are right, this increased commerce leads to a more peaceful world in which people are both intellectually and materially enriched through their interactions with each other.

However, platforms that facilitate a narrow form of commerce, and make workers invisible in the process, fail to help us realize the opportunities offered by global commerce. In the last decade, there has been an explosion of platforms that commoditize work that was traditionally viewed as skilled and differentiated. While none of these companies have become all that big relative to the overall labor market, they do have the potential to diminish the dignity of work. Marketplaces like oDesk, Elance, Red Butler, Homejoy and others celebrate the price pressure they create as they make the human workers behind them nearly anonymous.

The bottom line – which Leonard hits head on – is that when workers and employers become invisible to each other, our world is greatly diminished. 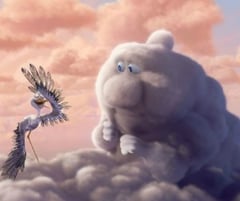 Cutting off workers from the context required to meet their full potential, removing the human elements from their business model and fighting for the lowest price makes it nearly impossible for these “virtualizing” services to balance the needs of their workers with those of their consumers. The result is a low-skilled pool of workers who are not particularly compelling nor able to fully meet the needs of their customers.

Being human-focused is good business

So why am I so much more optimistic than Leonard? It is because I believe these platforms will fail to ever capture a meaningful part of the market. Simply put, their lack of human connection is bad business.

As Rakuten’s Hiroshi Mikitani well points out, people need to be at the center of our connectivity. Skilled workers – those with choices – will seek facilitators that do something valuable for them, rather than simple intermediaries who try to obscure their existence. Value-add facilitators provide things like training, a sense of community, differentiated marketing, and better tools with which to work. Platforms that fail to provide such benefits will attract only less capable workers. In turn, they will only manage to attract the cheapest consumers who value a low price over almost any other benefit.

This is not a critique of automation. There are plenty of examples of technology companies that eradicate one set of jobs while being additive to work overall. But these companies usually do far more than automate the connection between consumer and producer in the ways that Elance or Homejoy do. Andy Kessler’s provocative thesis that looking for companies that “eat people” is a good investment strategy may help sell books. But the most remarkable technology companies enrich more work than they eliminate.

Take HubSpot, for example. Its core focus is on automating rote tasks involved in marketing that have traditionally supported many marketing jobs. But I’d bet this technology has actually eradicated few jobs. The technology is adopted by small companies that could never afford to hire several marketing personnel. Companies with larger marketing teams can now have their personnel focused on more strategic activates. Hubspot itself has created its own workforce of consultants that are full of personality. That workforce is front-and-center – and extremely visible - in its offering.

As more companies leverage technology to deliver a comprehensively managed service, the apps that invisibly connect a low-skilled, low-paid workforce are bound to be overshadowed. Instead, companies that value intimately working with their labor force, target services to their consumers and put the human element front-and-center will win a larger share of the labor pool and the market for their services.

Managed services infused with people and technology make compelling offerings, but not by cheapening the service, nor by virtualizing it and stripping it of a human element. Instead, they recruit workers with raw skills and plug them into a platform that provides them with access to new tools, continuous training, and a cohort of inspirational peers.

The result is a service that is both practical and enchanting, which attracts consumers who wish to know and work with the people on the other end.

Apps that fail to do all this just don’t compete.